Transgender Athletes in Sports and Politics 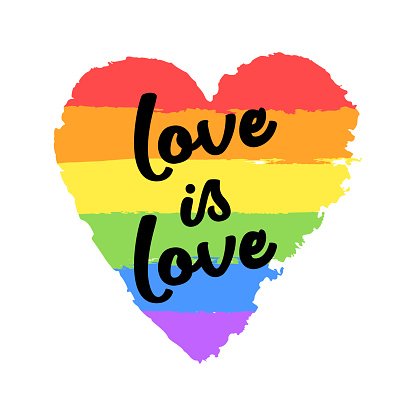 Transgender Men/Women and their Involvement in Sports

I support anyone who wants to transition from Male to Female or Female to Male.

I will call you by your preferred pronoun if you just ask.

Prior to July 2022, I didn’t know the difference between a transvestite, a transgender, a transexual, a cross dresser and a drag queen.

Now I know the difference (as explained by a bisexual friend who is versed in LGBT vocabulary and definitions).

Now that we got those definitions out of the way, here’s what I believe about a transgender woman (pre or post op) playing in women sports.  ITS NOT FAIR.  It’s as simple as that.

The argument is that men, who become women through the removal of their penis and the addition of estrogen, can compete against women and that it’s still an even playing field.  Who say’s this is true?  Because all I ever see in the news are transwomen like Lia Thomas who are winning national championships and setting records against women who have also been training and competing their whole lives.  You think this is just a coincidence? And when do you think a biological woman will be able to beat those records?  Would you like it if the integrity of your sport was diminished so easily by a political agenda?  Just put yourself in the shoes of women who love sports and want to compete in a fair contest.  Would you continue to love competing if you knew you were most likely doomed to lose to a full grown man and never win the championship?  Just think about it.

If you want to be fair, simply show me where a transgender man (pre or post op) has ever beaten a biological man in any sport.  I’m serious because I’ve never heard of it happening once.

This has absolutely ZERO to do with whether a woman can be a great athlete.  Of coure they can.  But beating men physically?  Men have biological advantages in most sports. Nothing good or bad about it. Those are the facts and it’s no one’s fault. It’s just how nature built us.

If men already dominate sports, what sense does it make to allow them to dominate womens sports?  And if having or not having a penis doesn’t matter, then why call any sport “Mens” or “Womens”?    Fuck it, let’s just do this for every sports category.  We can start with boxing, wrestling, basketball and football.  The minute a transgender man is able to beat a biological man in a fair contest, I’ll take back everything I said.  But until that moment comes, I find it EXTREMELY UNFAIR for biological women who already are not given equal attention or appreciation in their given sports to have to concede to losing to “former” men.  To allow a biologically born man to claim that they are the best WOMAN in their sport is absolutely ridiculous.

Nothing I said was homophobic or transphobic.  Only a bitter troll would take what I said out of context. I love everyone regardless of their race or sexual identity.  I’ve never been racist or sexist and I have hundreds of friends who can back me up on that.  This is only about what’s fair and what’s not.  And a man beating a woman at her own sport is pretty fucking weak and is more about politics than fair play.  And that’s all I have to say about that.

How politics is hurting the LGBT community

It’s been a long and hard road for the LGBTQ community.  How do I know?  Well, I base it on four decades of my life experience.

For the record, I have travelled a great deal more than the average person.

I didn’t go to one school growing up.  I attended over a dozen.

I didn’t live in one city.  I moved probably eight times before I went to college.

Even in college, I couldn’t stay put.  I visited Korea for two months and I lived in Japan for two years.

After college, I worked a variety of jobs in California, Oregon, Washington and Colorado.

I left my software engineer career to become a model/dancer and I travelled all over the U.S. for one year.

The point is I have a shit ton of real world experience. I’ve met people from all over the globe.  I’ve been to Canada, Alaska, Hawaii and Mexico.  I’ve been all over Europe and Asia.

And while I danced in shows in Vegas, I got to meet a ton of tourists who were visiting from all over the world.

So maybe my world perspective might be a little sharper than most people.  Maybe I’m talking from actual observations and not just regurgitating what I saw on my TV or phone.

So anyways… going back to LGBTQ.. it’s been a very long and hard road for this community.

In the 70’s, 80’s and even 90’s, being gay was always considered shadowy, bad, dirty, sinful.. mainly because mainstream religion like Christianity would condemn homosexuality in the bible.  The first gay person I met was when I was around 7 years old.  The neighbor across the street had a mentally handicapped gay son.  Being in the country, it was hard to play with my friends because our homes were so far away from each other.  I recall riding my bike an hour just to get to school.  Anyways, the guy invited me over to his trailer home one time.  As a naïve kid, I didn’t know what was going on so I went.  Once inside, he asked me to take my shoes off, which I did (Koreans always take off their shoes in people’s houses).  Then he asked me to take off my jacket which I did. But when he took off his shirt and asked me to take off the rest of my clothes as well.  That’s when I got my first creeper feeling and I politely put my stuff back on and left.  And that was my first experience with a gay man.

Being a kid in the 80’s, I didn’t really know what a gay person was like.  I rarely met one and no one ever talked about it.  In fact, we used to call kids “gay” or “faggot” when we thought they weren’t cool.   We were kids and didn’t really know what we were talking about or what those words meant.  When I said it, I never meant “I hate gay people”.  It was just the language used at the time. But looking back, it was homophobic.  And that’s just how the times were back then.

I made my first real gay friend later in life when I became a show performer.  I met this person while on tour (he was a singer and dancer) and we quickly became friends.  I never cared that he was gay.  All I cared about was that he was a kind and funny person and we got along well.

When I moved to Vegas and began dancing in shows, I started to meet more people who were homosexual.  I went to my first drag show when I was dancing for Chippendales.  I would go to house parties which were 50/50 full of straight and gay people.  I was one of the lead dancers who supported the silk aerialists in our show (while other leads were a bit prejudice and stuck up towards them).  And over the years, my list of gay friends has continued to grow.

I even started a camming business called “Real Muscle” where I had bodybuilders entertain clients over the web.  This was called “Muscle Worship” and is a popular fetish in the gay community.  My job was to find, train and promote bodybuilders and help them make money by entertaining viewers online.  I had to create gay-focused advertisements so I was immersed in the gay culture during this time.  At no time in my life have I ever felt a distaste for someone because of their sexual preference.  I have never cared about anything like that.  I have always said that I don’t give a shit if you’re black, white, straight, gay, fat, skinny, bald, blind, whatever.. as long as you have a GOOD HEART, that’s all that fucking matters.

I’m writing these articles to help me vent but also help spread messages I believe in.

All I want is for people to stop fighting with each other so much.  It’s always provoked by the mainstream media and weak people are the first to get manipulated and weaponized.  They’re used as political pawns and designed to create turmoil and distraction.

We need to stop listening to the media and sadly, we have to trust our government less.  They’ve show us, time after time after time after time, that they are mostly composed of men who want to spend our tax dollars on whatever they want and mostly for their own personal gains.  We fall for the narrative that Biden is actually making big decisions when it’s clear as day that his job is mainly to be the scapegoat for all of the horrible policies that are being made (at the expense of the American citizen). And these decision are being made from up above and by people we will never see or hear about.  This is done on purpose obviously.  Only a truly naive person who knows nothing about politics or human psychology believes that the President has the most power of anyone in the government.

We are only creating more division with identity politics.  People who care more about what custom pronoun they want to be called then what evils the government is committing against us, are the simpleton’s who are being manipulated by the government to cause havoc and discourse.   The fact that the government is destroying farmers and creating and using viruses to scare us into sacrificing the freedoms we were innately born with, should be the ONLY topic of discussion among Americans.  Not equity or inclusion or CRT.  Those topics have importance too (I’m not discrediting them) but aren’t nearly in the same category of importance as passing laws that strip away our rights to protect our families or decide what goes into our bodies or shuts down our businesses and livelihoods.

The government doesn’t really care about your rights or freedoms.  They say that but demonstrate the opposite.

The sooner we stop talking about racism, sexism, and anything else that promotes division.. the sooner we heal and become a more loving and accepting society.  Inclusion. Equality.  That comes naturally through time as we learn to live together and get along.

The news isn’t helping. Shut that shit off.  You’re not missing a damn thing.